No new Flint water crisis money from the state 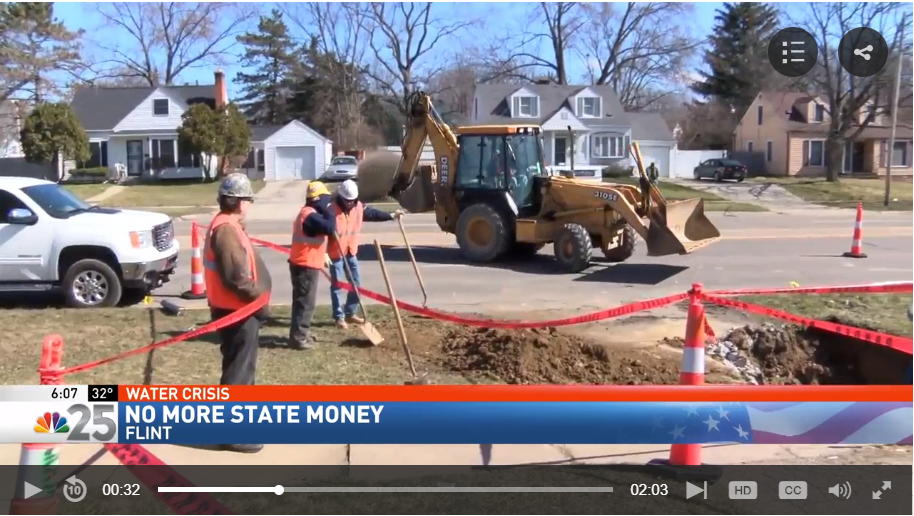 (FLINT, Mich. ) The state agreed to spend about $300 million on the Flint water crisis.

That’s according to State Senator Jim Ananich.  But what happens when that cash runs out?.Ananich says state funds aren’t unlimited for Flint.

So how much more money will Flint be getting?  None.

There will be no more new money for Flint. That’s according to a spokeswoman for the governor.

Although water pipe replacement has stopped for the winter months, it will resume in the spring when the weather gets warmer.

The state will pay for pipe replacement, using the “hydro-vac” method, where small holes are dug to locate pipes.

But the state won’t pay for anything extra, at least so far.

The governor’s spokeswoman Tiffany Brown says at this point, that’s it for Flint, although the governor remains committed to the city.

We reached out to Flint’s chief financial officer Hughey Newsome, along with State Representative Sheldon Neeley for their reaction to the “Lansing money spigot” being turned off for any *new* Flint water funding requests.

Hughey Newsome says “I can’t comment on that unfortunately I can’t because this is the first I’m hearing of it today so again our focus is on getting what’s done now reimbursing the state and accounting or the money and making sure we can do that as holistically as possible.”

Rep.Sheldon Neeley (D) Flint says, “Well I don’t think its actually they’re cutting Flint off, I think they’re saying use all the money you’re allocated. You can’t or should not probably ask for money, additional dollars, before all money has been exhausted”.

There is a question about 5 to 6 million dollars in extra fees Flint raked-up because of the switch from hydro-vac to the more traditional way to dig.

Will the state pick up the tab for the difference?

Newsome says he’s confident the state will pay for that.

But an MDEQ spokesperson says no new funds will be allocated.