As the saying goes, “The world is your oyster”. We at Hydrovac Nation firmly believe this. We also believe that if you want something, you have to go and get it and we have done just that!

Those of you that have been following us on Facebook know that for the past month, Hydrovac Nation’s very own Terry Rawn was in China. Terry went there to showcase the world of hydrovac to a country on the verge of exploding with the use of a technology that we here have taken for granted for many years.

Tornado Global Hydrovacs is exploring opportunities in China and when Terry heard there was a chance to work with Tornado on this project, he jumped on-board immediately. His drive to grow the industry is unequalled, so partnering with Tornado Global was a win-win for both parties.

The hydrovac industry has been gaining popularity all over the globe in recent years. Hydrovac Nation has many followers, and regularly interacts with companies in places like Australia, New Zealand, the UK, South America to name a few countries. The opportunity to visit China and demonstrate the remarkable abilities of hydrovac was something we could not pass up!

During Terry’s visit in China, he had the chance to travel the country almost from border to border. Along the way, he met with and demonstrated the use of hydrovac to many of the country’s top government officials, oilfield companies and municipality leaders in an effort to help them clearly understand the value of this technology. The reaction has been nothing short of amazing.

When asked what the digging was like, Terry noted that it was very similar to what we see in North America. The biggest difference was the layers of centuries old debris buried below the surface. One can’t help but imagine what will be unearthed as the use of hydro excavation grows in a country rich in history like China. This alone could open up a whole new market for the use of hydro excavation! 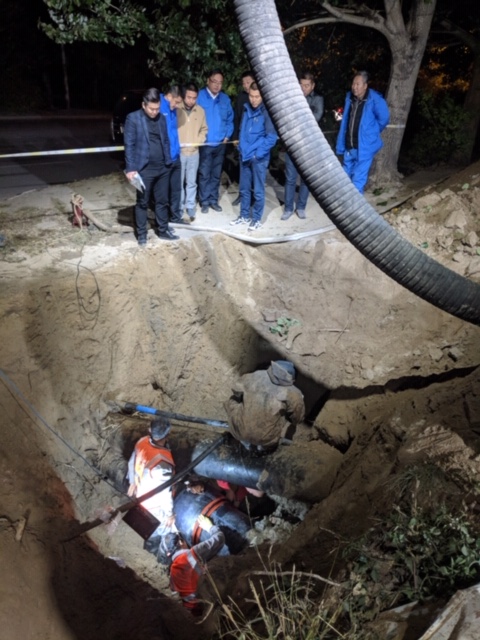 With China’s growing oil industry, it only makes sense that they embrace the use of hydro excavation to help develop their programs in a safe and efficient manner.

In North America, we already know the value in this technology, but imagine the excitement of showing it to people who have never seen this and fully appreciated the value of it immediately? It shows that we have been on the right track all along and the ability to reach out to the four corners of the globe is within our grasp.

At Hydrovac Nation, we continually strive to bring you all the news and information related to our industry from anywhere in the world. China was just the first stop of many as we grow our network with all of our valuable members that we call “The Nation”!