INDIANAPOLIS (WTHR) – Indianapolis Fire Department rescue teams have removed a man who was trapped in gravel at a materials processing plant for nearly eight hours.

Crews received the call of a man trapped around 1 p.m. Tuesday in the 5100 block of East 96th Street.

IFD said 34-year-old Billy Joe Walls, who was doing contract work at the Milestone Contractors processing plant was buried in gravel up to his chest in a silo. Firefighters said the worker was doing measurements when he fell into the gravel.

“He stepped on what may have been an air pocket and when he stepped on it, it was the wrong spot to step on and he actually fell into a hole,” said IFD Battalion Chief Rita Reith, “and the gravel kind of sucked him in there. And he was trapped up to about his mid-chest level.“

He was reportedly awake and talking with rescuers during the effort, with complaints of pain in his lower extremities and some frightening moments as the gravel compressed his body.

The IFD rope rescue and confined space rescue teams lowered themselves to the man, staying on the wooden platform they built. They kept tabs on his medical condition, but getting him out was tough.

“Every time we would move the patient, we would pull him up the gravel would come back down on him. It just kept going. Two steps forward, two steps back is how they described it,” Reith said. 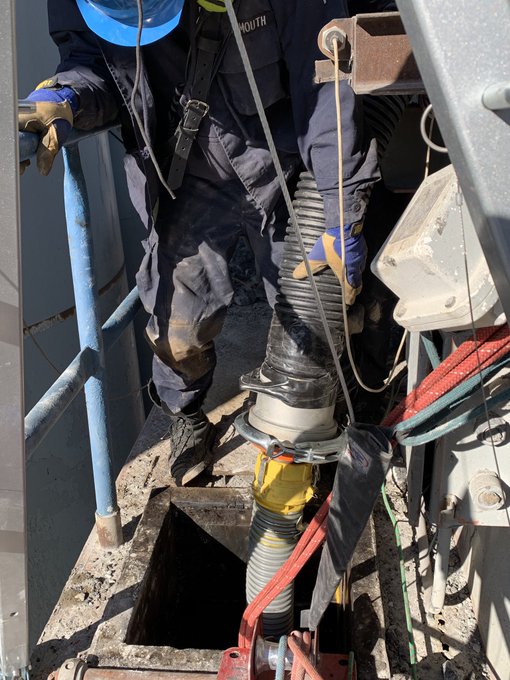 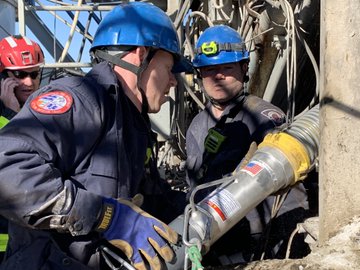 Crews used a vacuum truck to remove the gravel, which continued to fall back in around the trapped worker. IFD Battalion Chief Rita Reith said the effort was essentially like “trying to remove pieces of concrete.”

Just before sunset, crews had removed gravel to below the man’s waist, allowing a Milestone worker to open a hatch at the bottom of the silo to allow gravel to filter out from below. 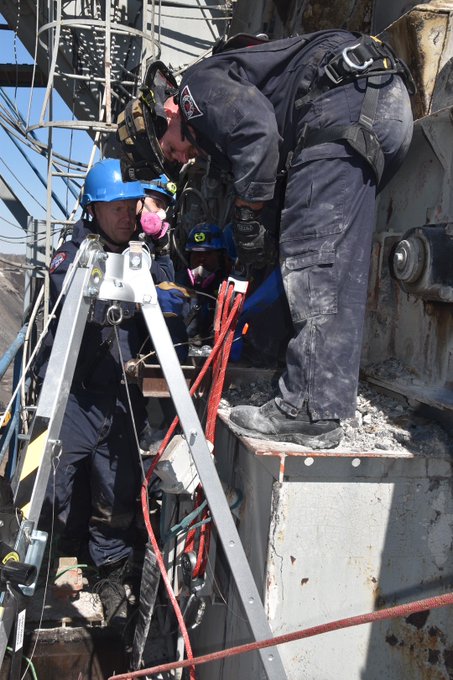 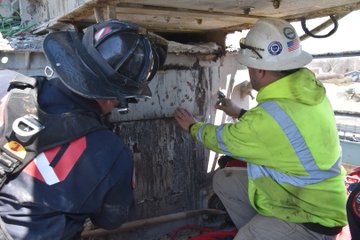 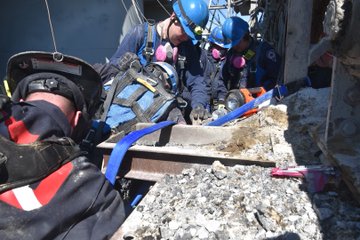 Reith said the victim was removed minutes later, around 8:30 p.m., with no visible injuries from the ordeal.

“He’s alert, he’s oriented, he’s fine,” she said. “Medics told me he’s in fair condition, which is great. No visible injuries other than he said he’s not going to do this kind of work anymore.”

The man was taken to St. Vincent Hospital to be checked out.

Reith called the rescue operation a “terribly dangerous,” adding that putting rescuers into the silo contributed to the danger.

“This is something, not only the victim was already in danger, but putting rescuers in there, if anything had gone wrong, the gravel just as it sucked him in would have sucked in the rescuers as well. So it’s all about timing and finessing the situation through,” she said.

A total of seven rescuers went into the 18-by-18-foot space during the rescue. The man was trapped about 30 feet down from the top of the silo.

President Trump signed an executive order Friday authorizing the construction of the keystone pipeline at the northwest border, according to a new report..