Pipeline giant Enbridge has filed a $29.5-million lawsuit against four companies over a 2017 spill it says was caused by construction on another pipeline nearby.

Statements of claim contain allegations that have not been proven in court.

According to the claim, Grand Rapids — owned by TransCanada and PetroChina Canada — sought permission in 2016 to run a pair of pipelines above and below eight Enbridge lines east of Edmonton.

Enbridge allowed the crossing, but set out strict rules for how construction would take place near its pipelines. 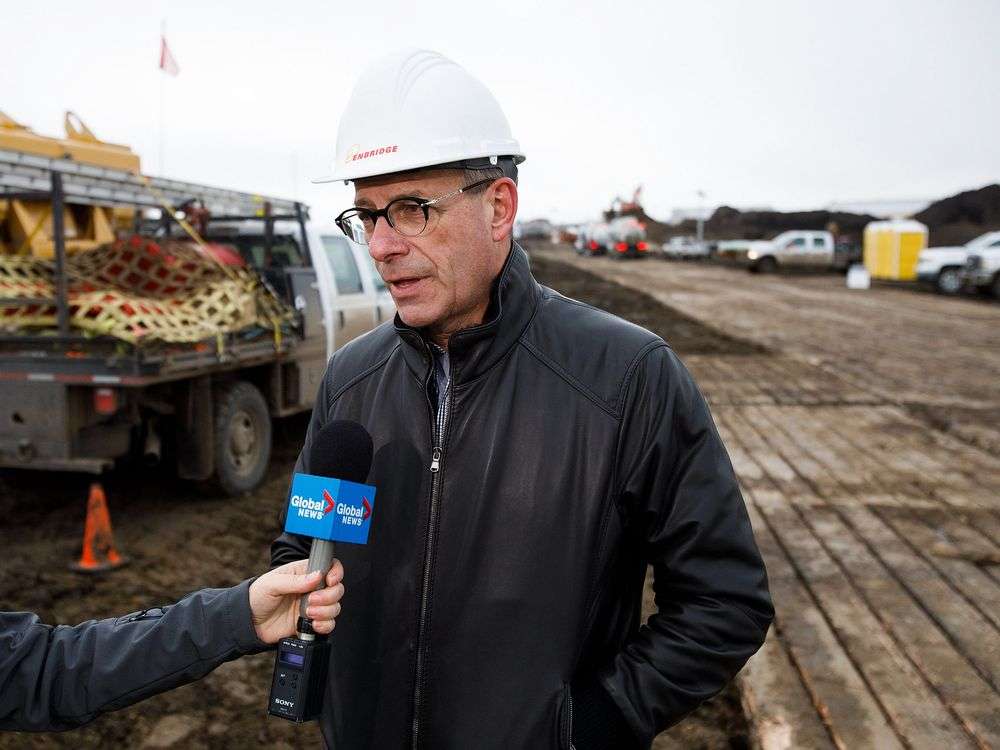 To install Grand Rapids’ 20-inch pipeline, contractors were to perform an open cut excavation around three Enbridge pipelines, including Line 2A.

However, Enbridge’s claim alleges the defendants instead opted to install the pipeline by boring horizontally across the entire Enbridge corridor, a technique that was “different and more risky than what was contemplated under the crossing agreement.”

Enbridge claims the project was “behind schedule and over budget” at the time.

The defendants allegedly began boring west to east on Feb. 17, 2017, to create a hole for the pipeline. At around 3 p.m., Enbridge says a 28-inch reamer used to drill the hole struck Line 2A, spilling 988 cubic metres of oil.

According to the Transportation Safety Board, the oil was contained to an excavated area on the construction site, which was on land owned by Shell Canada. Most of the oil was recovered. The agency found a “lack of field measurements” to confirm the locations of buried pipelines along the route contributed to the breach.

Enbridge, TransCanada and Ledcor declined to comment, saying the matter is before the courts. Jay-Nart and Alberta Hot-Line did not respond to requests for comment by publication time.

No statements of defence had been filed as of Tuesday.

The 460 km Grand Rapids pipeline has since been completed and carries crude oil from Fort McMurray to terminals in the Edmonton area.

A 'Terry's Tip' from Glenn Page at Northern Force Hydrovacs

Distinct Infrastructure Group Inc. has Been Placed Into Receivership