CBC News · Posted: Jun 11, 2018 11:36 AM ET | Last Updated: June 11
A worker walks past a bulldozer that ran over a man Monday morning at a Highway 417 construction site near Maitland Avenue. The victim was taken to hospital in critical condition. (CBC)

A man was critically injured when he was run over by a bulldozer at a Highway 417 construction site near Maitland Avenue on Monday morning.

A man in his 20s was run down by a bulldozer, said Ottawa paramedics. 0:27

The man, who is believed to be in his 20s, was conscious while he was being treated at the scene.

He suffered serious leg, pelvis and abdominal injuries, and was listed in critical condition, paramedics said.

10:39 M20s ran over by bulldozer near 417/Maitland at construction site.  Conscious with serious leg, pelvis and abdominal injuries.  Pt stabilized by paramedics and currently at @OttawaTrauma in critical condition.  #Ottnews 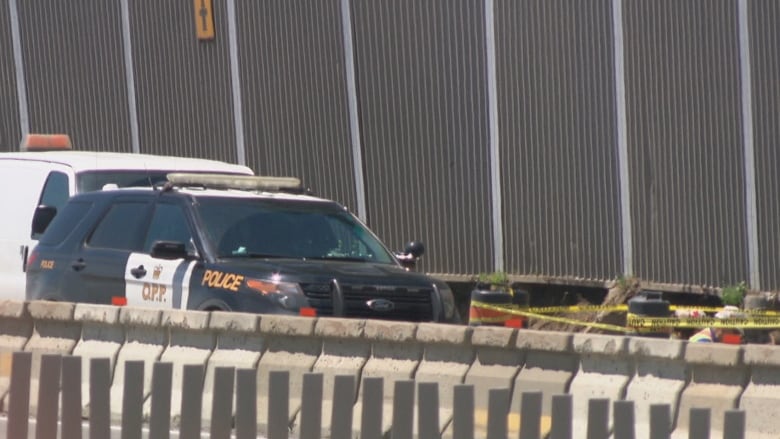